PBOC Is Stopping The Music On Bitcoin

The past few days we’ve looked at the run up in bitcoin.  Remember, I said: “If you own it, be careful. The last time the price of bitcoin ran wild, was 2013.  It took about 11 days to triple, and about 18 days to give it all back.  This time around, it’s taken two months to triple (as of today). ”

It looks to be fueled by speculation, and likely Chinese money finding its way out of China (beating capital controls).  And yesterday we talked about the potential disruption to global markets that could come with a crash in bitcoin prices.

I suspect that’s why gold is finally beginning to move today, up almost 1%, and among the biggest movers of the day as we head into the long holiday weekend (an indication of some money moving to gold to hedge some shock risk).

Remember yesterday we looked at the chart on Chinese stocks back in 2015 and compared it to bitcoin.  The speculative stock market frenzy back thin was pricked when the PBOC devalued the yuan later in the summer.

Probably no coincidence that bitcoin’s recent acceleration happened as Moody’s downgraded China’s credit rating this week for the first time since 1989 (an event to take note of). Yesterday, the PBOC was thought to be in buying Chinese stocks (another event to take note of).  And this morning, the PBOC stepped in with another currency move! Historically, major turning points in markets tend to come with some form of intervention.  Will a currency move be the catalyst to end the bitcoin run, as it did the runup in Chinese stocks two years ago?

Keep in mind, the currency is China’s go-to tool for fixing problems.  And they have problems.  The economy is crawling around recession like territory.  The debt was just downgraded. And they’ve had a tough time managing capital flight. As an easy indicator:  Global stocks are soaring. Chinese stocks are dead (flat on the year).

Remember, their rapid economic ascent in the world came through exports (via a weak currency).  The move overnight is a move back toward tying its currency more closely to the dollar.  Which, if this next chart plays out, will also weaken the yuan compared to other big exporting competitors in the world.

That should help the Chinese economic outlook, which may help stem the capital flight (which has likely been a significant contributor to bitcoin’s rise). 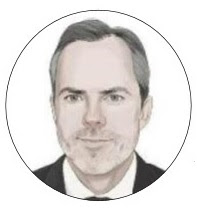 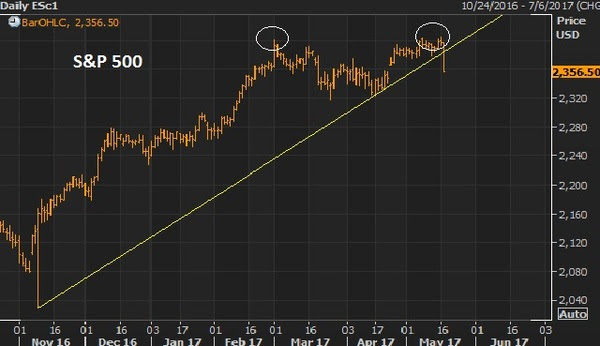 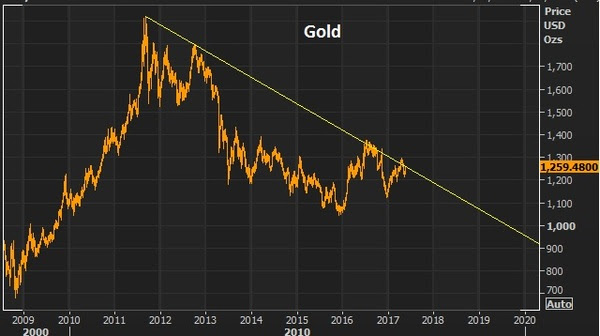