As we know, one of the pillars of the Trump administration’s growth policies has been deregulation.  With that, today the head of the EPA signaled the withdrawal from the Clean Power Plan – an Obama regulation to fight climate change.

​What does this mean for coal stocks?

Let’s take a look at the two largest American coal producers, both of which filed bankruptcy last year: Peabody Energy and Arch coal.

​These are now two post-bankruptcy stocks!  ​Peabody emerged from bankruptcy earlier this year after shedding about $5 billion in debt. Similar story for Arch coal.  They filed early last year and emerged from bankruptcy late last year, eliminating $5 billion in debt in the process. So shareholders were wiped out and debt holders became stock holders in new low debt, cash flow positive companies with deregulation coming down the pike.  With that, you would think the stocks would be screaming higher.  That hasn’t been the case.

​Here’s a look at the charts… 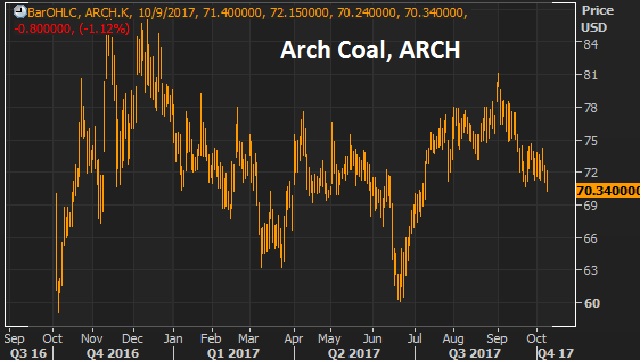 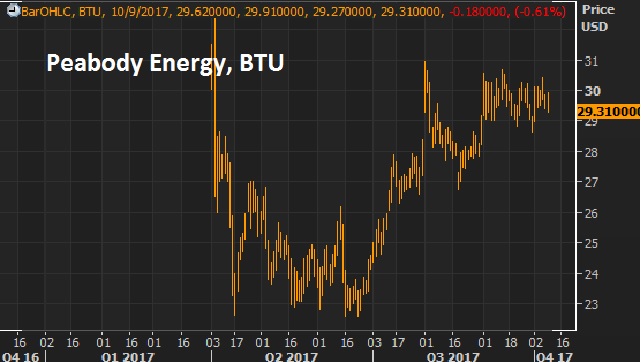 Are these cheap stocks?

​Let’s take a look at who owns them…

The biggest shareholder in Peabody is billionaire Paul Singer’s hedge fund, Elliott Management.  They own half a billion dollar’s worth of the stock and it’s a top ten position.  As for ARCH – the top shareholder is the $5 billion hedge fund Monarch Alternative Capital. ARCH makes up 20% of their highly concentrated long equity portfolio (their biggest single stock position).  If you’re going to dip your toe in the water on a post-bankruptcy stock, there are few better places to look for guidance than Paul Singer – a former attorney, turned one of the most influential and successful investors in the world.