Oil And Yields Breaking Out On Improving Outlook For Trumponomics

Yesterday we looked at the charts on oil and the U.S. 10 year yield.  Both were looking poised to breakout of a technical downtrend.  And both did so today. 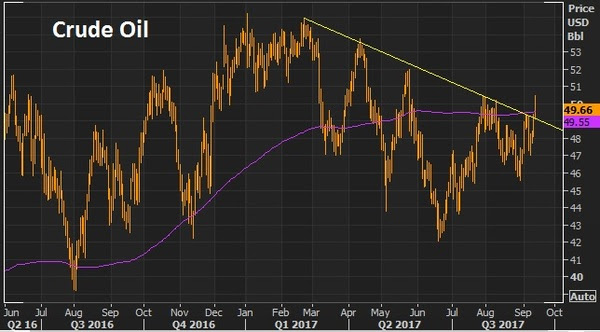 And here’s a look at yields. 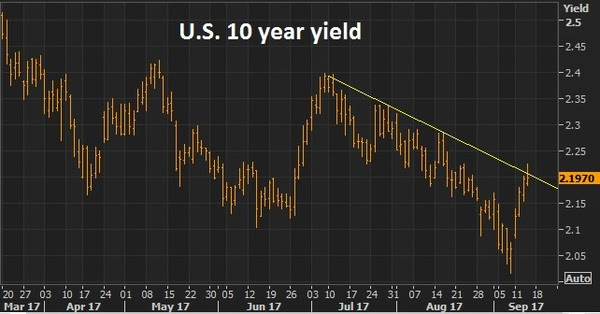 We talked yesterday about the improving prospects that we will get some policy execution on the Trumponomics front (i.e. fiscal stimulus), which would lift the economy and start driving some wage pressure and ultimately inflation (something unlimited global QE has been unable to do).

​No surprise, the two most disconnected markets in recent months (oil and interest rates) have been the early movers in recent days, making up ground on the divergence that has developed with other asset classes.

​Now, oil will be the big one to watch.  Yields have a lot to do, right now, with where oil goes.

Though the central banks like to say they look at inflation excluding food and energy, they’re behavior doesn’t support it.  Oil does indeed play a big role in the inflation outlook – because it plays a huge role in financial stability, the credit markets and the health of the banking system.  Remember, in the oil price bust last year the Fed had to reverse course on its tightening plan and other major central banks coordinated to come to the rescue with easing measures to fend off the threat of cheap oil (which was quickly creating risk of another financial crisis as an entire shale industry was lining up for defaults, as were oil producing countries with heavy oil dependencies). 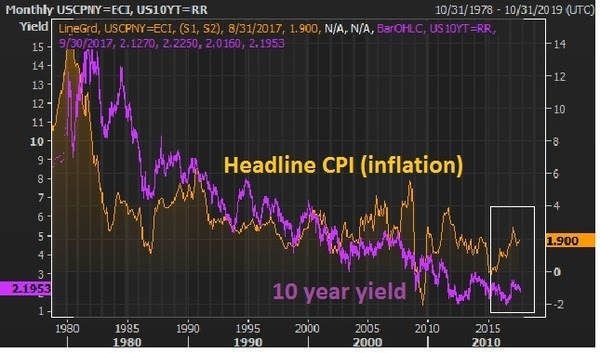