The last big market event of the year will be Wednesday, when the Fed decides on rates.

As we’ve discussed, from the bottom in rates earlier this year, the interest rate market has had an enormous move.  That has a lot of people worried about 1) a tightening that has already taken place in the credit markets, and 2) the potential drag it may have on what has been an improving recovery.  But remember, we headed into the Fed’s first post-crisis rate hike, last December, with the 10 year yield trading at 2.25%.

And while rates have since done a nearly 100 basis point round trip, we’ll head into this week’s meeting with the 10 year trading around 2.50%.   With that, the market has simply priced-in the rate hike this week, and importantly, is sending the message that the economy can handle it. 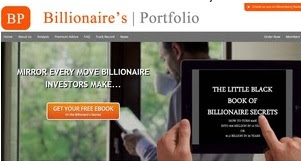 However, what has been the risk, going into this meeting, is the potential for the Fed to overreact on the interest rate outlook in response to the pro-growth inititiaves coming from the Trump administration.  As we found last year, overly optimistic guidance from the Fed has a tightening effect in this environment.   People began bracing ealier this year for a slower economy, if not a Fed induced recession, after the Fed projected four rate hikes this year.

The good news is, as we discussed last week, the two voting Fed members that were marched out in front of cameras last week, both toed the line of Yellen’s communications strategy, expressing caution and a slow and reactive path of rate hikes (no hint of a bubbling up of optimism).  Again, that should keep the equities train moving in the positive direction through the year end.

In fact, both equities and oil look poised to take advantage of thin holiday markets.  We may see a few more percentage points added to stocks before New Years, especially given the catalyst of the Trump tweet.  And we may very well see a drift up to $60 in oil in a thin market.

We’ve had the first production cut from OPEC in eight years.  And as of this weekend, we have an agreement by non-OPEC producers to cut oil production too.  That gapped oil prices higher to open the week, and has confirmed a clean long term technical reversal pattern in oil.

Let’s take a look at  the chart… 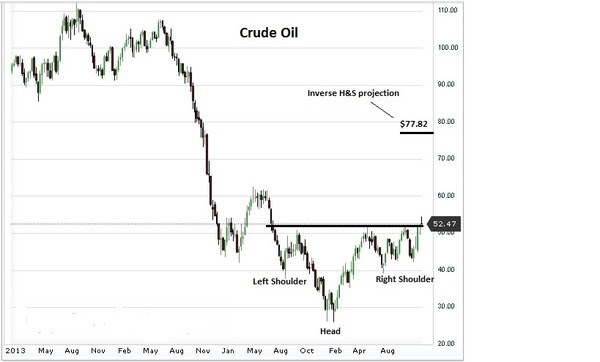 This is a classic inverse head and shoulders pattern in oil.  The break of the neckline today projects a move to $77.  Some of the best and most informed oil traders in the world have been predicting that area for oil prices since this past summer.

Follow me and look over my shoulder as I follow the world’s best investors into their best stocks. Our portfolio is up more than 27% this year. You can join me here and get positioned for a big 2017.