After a shaky few days for markets, we head into the weekend with some relative calm today.  Next week the UK vote on leaving or staying in the European Union will dominate the market focus.

The pressure in markets had been building in recent days on the pick-up in momentum for the Brexit vote in the UK.  A log on the fire for that pressure was the inaction from the four central banks that met this week (Fed, BOJ, SNB and BOE).  Yields in German 10-years slid below zero.  U.S. yields (10 years) hit four year lows.  Stocks were sliding, globally. The upward momentum for gold started to kick in. And then we had the tragic murder of a member of British Parliament (widely considered to be politically driven, as she was a ‘stay’ advocate).

So leveraged positions across markets that were leaning in the direction of the momentum unwound, to an extent, on the news.

Today we want to step back and take a look at some key charts as we head into next week.

First, the odds of a Brexit from the bookmakers… 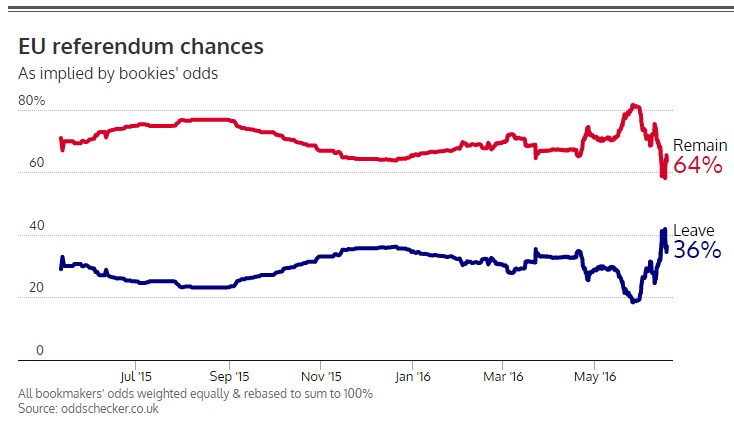 As we’ve said, along the way, despite the coin flip projections coming out of the many polls in the UK, this estimation has been clearly favoring the ‘stay’ camp by about 70/30.  Though in recent days the probability of an exit had risen to 44%.  Following the tragic news yesterday, that number is now back to 36%.

Next is a chart of gold.  This is the safe haven trade, though it hasn’t much allure in quite some time.  Still, gold found some legs in the past 10 days. 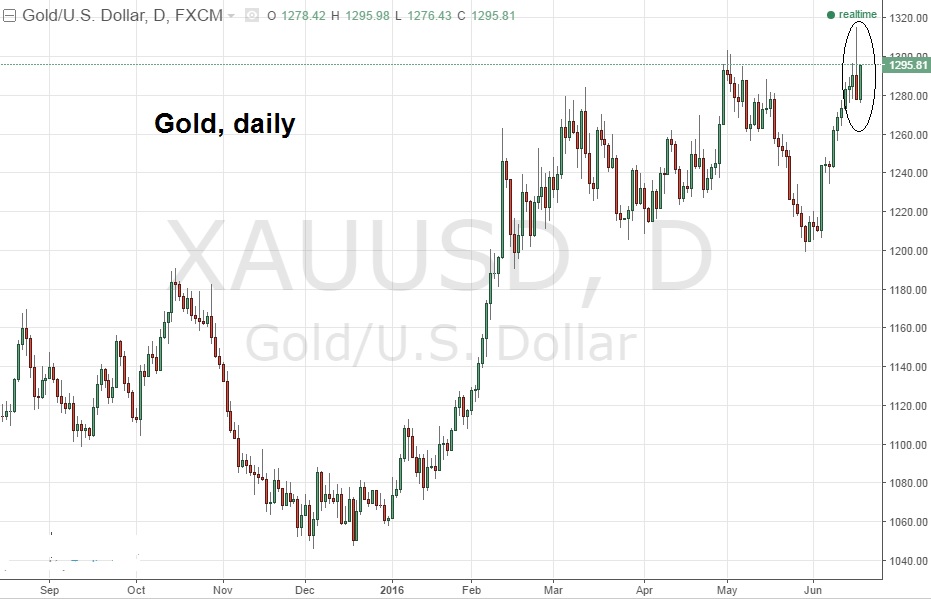 But as you can see in the chart above, after a $35 higher yesterday, it reversed sharply to close on the lows.  In the process it put in a very nice technical reversal pattern (an outside day – where the day’s range engulfs the prior day’s range, caused by low conviction ‘longs’ reversing course near the highs and hitting the exit doors, exacerbating the slide into the close).  That price action would argue for lower gold, and in general, the end of this recent flurry of doubt surrounding the UK vote (and uptick in broad market volatility).

As we know, the sustainability of the crude oil recovery is a huge factor in global financial market stability.  After trading above $50, it had six consecutive days of lower lows, but it bounced back aggressively today, also posting a key reversal signal (bullish outside day – again, good for the global stability outlook). 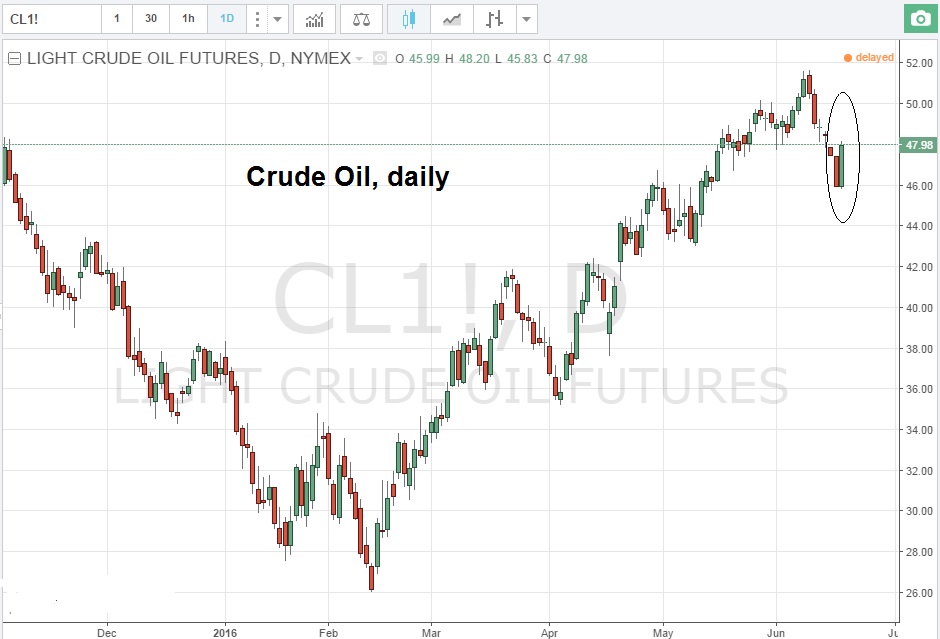 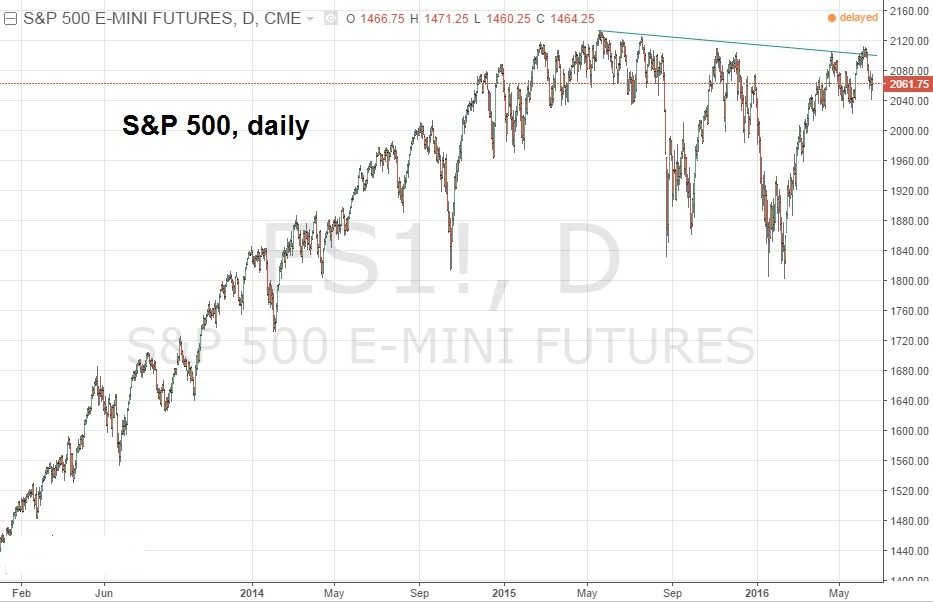 Despite all of the negative messaging across the media and uncertainty from the investment community, as we head into the weekend stocks sit just 3% off of the all-time highs.

To follow our big picture views and our hand selected portfolio of the best stocks owned by the best billionaire investors in the world, join us in our Billionaire’s Portfolio.